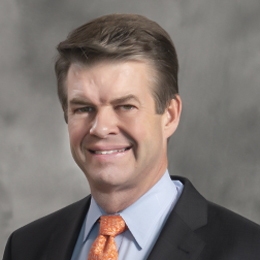 Hunter Hunt is CEO and president of Hunt Consolidated Energy, LLC, and co-CEO of its holding company, Hunt Consolidated, Inc. He oversees the operations of Hunt Oil Company, Hunt Power, and the other energy activities of the Ray L. Hunt family of Dallas, Texas. Hunt Oil Company was founded in 1934 by H.L. Hunt and is one of the largest privately-owned energy companies in the world, engaging in exploration and production as well as LNG. Hunt is also engaged in refining, development of energy technologies and developing renewable energy projects.

Hunter Hunt has led the efforts to expand the energy focus of the Hunt affiliation of companies to include the electric power industry. He established Hunt Power in 1998 to develop and invest in entrepreneurial opportunities in the electric and gas utility infrastructure industries. In 1999, he created Sharyland Utilities, L.P., as a regulated electric utility within Texas. Sharyland was the first greenfield utility created in the United States since the late 1960's. Over the years, Hunt Power and its subsidiaries have worked closely with Sharyland Utilities on a variety of innovative projects, including: the development of the first commercial interconnection between the electrical grids of Texas and Mexico; the development and construction of approximately 300 miles of new transmission infrastructure in the Texas Panhandle and South Plains as part of the Texas Competitive Renewable Energy Zone (CREZ) process; and the creation of Real Estate Investment Trusts (REITs) for electric and natural gas transmission and distribution assets.

Prior to joining Hunt Consolidated, Hunt worked with the investment bank Morgan Stanley for eight years, both in corporate finance and commodity trading. He also took a leave of absence from the Hunt organization in 1999 and 2000 to work for the George W. Bush campaign for President, where he served in the Policy Group focusing on energy, taxes, and the budget.

Hunt Consolidated, Inc. is the flagship entity of the entire Hunt family of companies, a privately owned group of entities based in Dallas, Texas. The areas of activity of the different Hunt companies include oil and gas exploration and production, refining, LNG, power, real estate, investments, ranching and infrastructure.